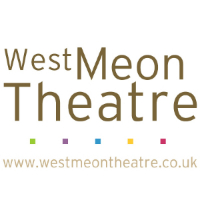 West Meon Theatre is a community theatre group founded in 1993.

The membership is drawn from the length and breadth of the Meon Valley and beyond.

The Company performs in a wide variety of venues and spaces that have included West Meon and Meonstoke Halls, Theatre Royal at Winchester, The Point at Eastleigh, Privett Church, The Thomas Lord Pub, St John’s House at Winchester, Indian tents and various open air venues.

The company has won various Curtain Call awards at the Daily Echo hosted awards evening including winning twice the much coveted production of the year award; firstly in 2003 for Shakespeare’s Much Ado About Nothing and then in 2009 for an adaptation of Laurie Lee’s evocative Cider With Rosie

If you would like to know more about what we do please contact Mary Dawson at marydawson@westmeontheatre.co.uk